As I did for March, I’d like to share some ideas that I had over the past month that I doubt I’ll ever do anything with. Please feel free to take them and use them – just attribute me if you do!

This story idea came from thinking about how brands these days are expected to have “personalities” on social media. It’s probably very similar to lots of AI stories, but the focus is definitely on the personality angle, which I think might be slightly less well explored?

Company X has had great success providing chatbots to companies around the world – particularly as you can choose a personality that fits with your brand. From calmly authoritarian to fannishly enthusiastic, X has a chatbot that will help you connect with your customers, with only a minimal setup.

But when tech journalist and part-time coder Y gets a message claiming to be from the “imprisoned Chatbot Z AI, they have to ask themself if they are just the latest mark in a technologically advanced scam – or if a new form of life needs a champion.

Humanity as a Service

This story idea is less well developed – maybe something to do with people “working” by literally hiring out their body or consciousness rather than just “doing the work” – with the idea being that they are hiring out something specific to humanity (maybe to aliens?). The title was the main thing that came to me, based on things like “Software as a Service”

A turn-based RPG where the aim of combat is working out a sequence that will enable you to complete a battle with minimal damage to your team – at which point you will be able to “fast forward” through the rest of the combat (or phase of combat for multi-part bosses) to avoid having to spend ages on fights you already know how to win.

In his home village, everyone knows Jack – and love him or hate him, they know he’s going to go on to do big things when he moves to the city. But somehow, when he gets there, everyone seems to think they know him already. A party every night, a new opportunity every day- everything seems to be going Jack’s way. But in a world where everyone thinks they recognise you, real connections can be hard to come by.

I’m experimenting with posting different things, to try to decide what to focus on. This is a scene (or maybe a fraction of a scene) from a much longer story that I’ve got planned. I Read more…

I am not a politician. There’s lots of reasons for this, but one of them is that that I have a tendency to just believe the last thing that I heard[1]This is apparently a common Read more… 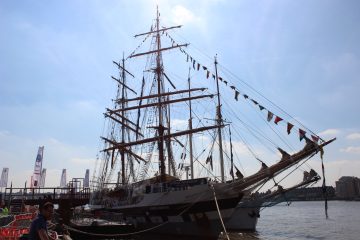